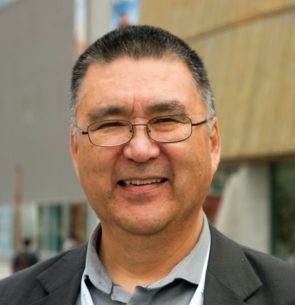 Research Coordinator in the Ministry of Education, Culture, Research and Church, Greenland Self Rule

Sten Lund is Research Coordinator in the Ministry of Education, Culture, Research and Church, Greenland Self Rule.

Sten started his career as Traffic Officer, Station Manager and Traffic Dispatcher in Greenlandair Inc. and is well experienced with different kind of operations, inclusive of operations in cooperation with the Department of Health. He has been working from Nanortalik in the south to Upernavik in the north.

After his time in the aviation sector, he started his studies at the University. He is educated as a MSc in Public Administration from Ilisimatusarfik, University of Greenland. He has a long experience as an administrator in the private and public sectors in Greenland.

Steen has been involved with various associations including student organizations in Denmark and Greenland. Sten was involved in the creation of the Greenlandic Student Organization in Denmark, now known as Avalak. He has had an interest in politics from childhood and was, in his early youth, able to see things from both sides. Sten has served as political analyst both in Greenlandic and Danish news media during and after his education.

Sten was diagnosed with dilated cardiomyopathy in 1997.

The Danish TV health program ‘Laegens bord’ (The Doctor’s Table) made an interview with Sten days before the surgical insertion of HeartMate1. After the interview the Danish Broadcast Company decided to follow Sten until his heart transplant. The program was well received by the audience and ended with a special edition for his heart transplant.

Sten starts with a short historical review, mixed with personal experiences. Afterwards, he turns to his own illness from 1997-2003, recovering and after recovering. During his presentation, Sten brings up his physical and mental experiences and treatment. Finally, Sten ends up with reflections on treatment of a population spread over a geographically dispersed area.